1702-1714: Reign of Queen Anne of England
1707: The first Act of Union passed merging the Scottish and the English Parliaments to establish The Kingdom of Great Britain
1709: The first piano was built
1712: The steam engine was invented
1714-1727: Reign King George I of England
1727-1760: Reign of King George II of England
1737: The City of Richmond, Virginia is founded
1703's - 1740's: The first Great Awakening occurred in New England. Sometimes described as religious revolutions, these Awakenings made religion intensely personal to the average person by creating a deep sense of spiritual guilt and redemption, along with introspection and a commitment to a new standard of personal morality
1746: Pivotal events in the Jacobite rising led to the devastating Battle of Culloden

The Georgian era is a period of British history, normally defined as including the reigns of the kings George I, George II, George III and George IV, i.e. covering the period from 1714 to 1830, (with the sub-period of the Regency, defined by the Regency of George IV as Prince of Wales during the illness of his father George III). Sometimes the reign of William IV (1830 to 1837) is also included. The term "Georgian" is normally used in the contexts of architecture and social history. 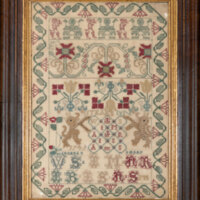 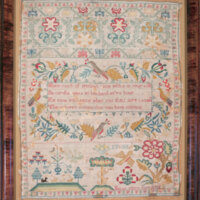