1854-1856: Crimean War between United Kingdom, France, Ottoman Empire and Russia
1861-1865: American Civil War
1872: The Royal School of Needlework is founded in London by Princess Helena, Queen Victoria's third daughter
1878: First commercial telephone exchange in New Haven, Connecticut
1890: Christmas became a national holiday in the United States
1892: Italy raised the minimum age for marriage for girls - to 12
1917: Britain's present royal family was originally named Saxe-Coburg and Gotha. The name was changed during WW1 because of German connotations. The name Windsor was suggested by one of the staff. At the same time the Battenberg family name of the cousins to the Windsors was changed into Mountbatten. 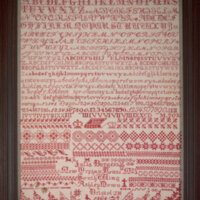