1457 - 1509: War of the Roses. Following which, Henry VII of England (founder of the Tudor dynasty) ruthlessly taxed everything and everyone to restore the kingdom after being virtually bankrupt
1531-1532: The Church of England breaks away from the Roman Catholic Church and recognizes King Henry VIII as the head of the Church
Mid 1500's: The letter J is introduced into the English alphabet
1591: The first flush toilet is introduced by Sir John Harrington of England
1593: Galileo Galilei invents a thermometer
The 17th Century: Characterized by the Baroque cultural movement and the beginning of modern science and philosophy, including the contributions of Galileo Galilei, Descartes, Pascal, Newton.
1689: The English Civil War eventually led to the coronation of William and Mary 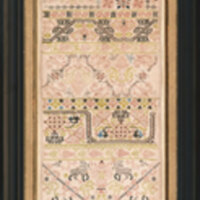